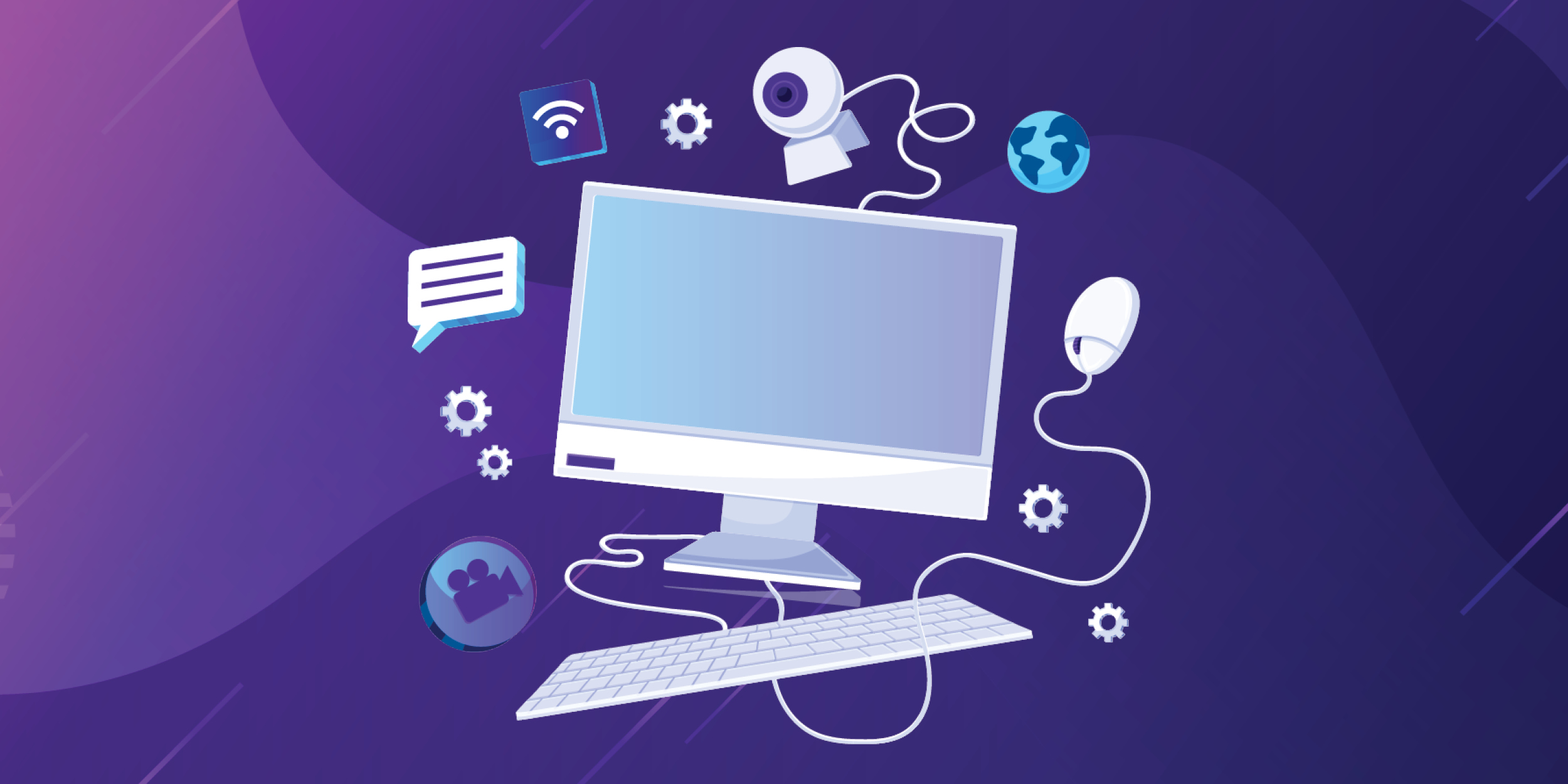 Two popular maxims are “Necessity is the mother of invention” and “Every cloud has a silver lining.” The COVID-19 pandemic is certainly a dark cloud, but it does have a silver lining which has resulted in the invention of a new proctoring modality called "Hybrid Virtual Proctoring." But how does this new modality compare to using video conferencing systems, like Zoom, as a proctoring platform? What's the difference?

Check out this video as I'll be reviewing and comparing the Hybrid Virtual Proctoring modality to Zoom and other video conferencing platforms.

Don't want to watch the video? Keep scrolling to read the video summary below.

Before we get into more information about Hybrid Virtual Proctoring vs. Zoom and other video conferencing platforms, let's review some background.

Shortly before the pandemic started, we had done a survey of test-takers regarding matters related to proctoring. On the survey, we asked students to rate the level of psychological deterrent to cheating of all of the proctoring modalities I just mentioned. Check out the results below.

The modality that most students reported as a very strong deterrent was an approved human proctor. When a student is being proctored in person by someone they know such as their HR Director or their church pastor, that is a strong deterrent. A close second was when the instructor proctored the exams for the students who are local, and third was the professional and collegiate testing centers. The modality that the fewest students reported as a strong psychological deterrent was automated virtual proctoring.

Proctoring During the COVID-19 Pandemic

Well, along came the pandemic and all of those local, face-to-face modalities were no longer available. So, all proctoring had to shift to the virtual modalities. Because of the lowest price point, the proctoring modality that has been used the most during the pandemic is automated virtual proctoring.

Now as schools are beginning to evaluate their practices during the pandemic with a view toward the future, they are looking for a modality that has the high deterrent of the local, face-to-face modalities but at the price point of automated virtual proctoring.

To meet this need, we have created a new proctoring modality that truly is the best of both worlds. It is called "Hybrid Virtual Proctoring."

As the name implies, it is a combination of the face-to-face modalities powered by the technology of automated virtual proctoring. Using this new modality, the artificial intelligence of our automated virtual proctoring is controlling and monitoring the test taker and their environment. Anomalies such as a second face appearing, voices being heard, the test taker’s face disappearing, attempts to open other browser windows, attempts to cut and paste, etc. are tracked and reported. BUT, the new feature is that while the AI is running in the background, a live person from the institution can be watching and reviewing the AI-detected anomalies in real-time. This person could be a trained proctor from the testing center and/or the instructor themselves.

So, imagine you are a student and in the course syllabus you learn that you have a proctored exam. The exam instructions inform you that your testing session will be monitored by automated proctoring technology and that your instructor or a testing center staff member may also be watching in real-time – that would be a very strong deterrent. Plus, all of this is available at the low price point of automated proctoring.

This new proctoring modality was created at the request of several of our clients after they had experimented with their own version of this solution. These schools had utilized some form of video conferencing software such as Zoom, Microsoft Teams, Google Hangouts, WebEx, GoToMeeting, etc. Their faculty members and/or testing center staff could just meet the students in a video conference and watch them take their tests. On the surface, this sounded like a great idea. But in reality, it was fraught with frustration and problems.

Here is a top ten list of the limitations and frustrations that schools reported as they tried to use video conferencing software as a proctoring solution:

1. No Artificial Intelligence to Flag Anomalies

First, there is no artificial intelligence running in the background. Using a tool like Zoom, the person watching the session had to detect all anomalies on their own. But when using Hybrid Virtual Proctoring, our AI is watching for multiple suspicious activities and clearly labeling them on the session timeline.

For a one-hour exam, the faculty did not want to invest one hour per student for proctoring. But with Hybrid Virtual Proctoring the proctor can efficiently monitor multiple test-takers simultaneously with the ability to focus in on any one test taker for which an anomaly is reported. The faculty also realized that if they needed to speak to any one student during the proctoring session, they had to do this through a breakout room which removed them from the ability to monitor the other students while talking to the one student. Hybrid Virtual Proctoring provides the ability to communicate with one student while still monitoring others.

Third, there was no technical support. During the height of the pandemic, most persons experienced some level of difficulty as they have attempted to join and participate in online video conferencing. When a test taker would have trouble joining the video conference or had a problem during it, the burden of technical support rested on the person serving as the proctor.

Students also frequently needed assistance with functionality such as how to share their screen and unmute their microphone. The person doing the proctoring was often not trained in how to provide technical support. Plus, they were frustrated having to provide tech support to one learner while trying to monitor several others. Using Hybrid Virtual Proctoring, our trained technical support staff is immediately available to any test taker 24/7/365.

4. No Lock Down Browser

Forth, there was no lock down browser. When proctoring just using a video conferencing solution, there was no way to prevent the student from opening other browser windows, copying and pasting, searching for answers online, etc. But using Hybrid Virtual Proctoring allows institutions to enable lock down browser controls for all of this.

Fifth, there were concerns over FERPA compliance. Schools quickly realized that if they were recording a video conferencing session in which multiple students were being recorded, and then they had to use that recording as their academic integrity committee reviewed potential violations, that this might not be fully FERPA compliant as the video would also include images of test-takers not suspected of engaging in academic dishonesty. But using Hybrid Virtual Proctoring, the video of each test taker is isolated so if review after the testing session is warranted, only the video of the test taker in question is displayed.

Sixth, many students had Internet bandwidth issues with video conferencing. The pandemic certainly exposed the fact that many students do not have high-speed Internet in their homes. For other students who do have Internet access, the bandwidth available to the test taker could be limited as others in the household could be streaming media at the time of the testing session. However, the video engine in Hybrid Virtual Proctoring can operate at a lower bandwidth than most video conferencing software solutions.

But Hybrid Virtual Proctoring utilizes an LMS-embedded scheduling tool so that faculty members can view a roster of the students to see when each is scheduled to be proctored. For students, the scheduling workflow is seamless and user-friendly as they never have to leave their course to schedule when they want to be proctored. They can also easily change or cancel their scheduled session if needed.

Eighth, since video conferencing software is not designed for proctoring, there were no markings of when suspicious activity occurred. But with using Hybrid Virtual Proctoring, all testing anomalies are clearly marked and labeled on a timeline showing exactly the point in the session when the event occurred. This allows the user to quickly jump to these points in the video without having to watch the full video to find the suspicious activity.

Ninth, the user experience was confusing. Using Hybrid Virtual Proctoring, there is tried and tested wording prompting the student every step of the way about how to get started with the testing session.

Most of us have experienced confusion in knowing what link to click or what number to dial to get into a video conferencing session. It was not good when students experienced this same confusion when trying to start a proctored exam. Plus, with some video conferencing tools, students could actually see the video and hear the audio of other test-takers during the exam - which could be distracting.

Hybrid Virtual Proctoring for the Win!

To learn more about Hybrid Virtual Proctoring or to schedule a demo with us, click here. Otherwise, be sure to subscribe to our blog for more tips on how to work smarter, not harder.

To What Degree Did the Pandemic Narrow the Digital Divide in the United States? 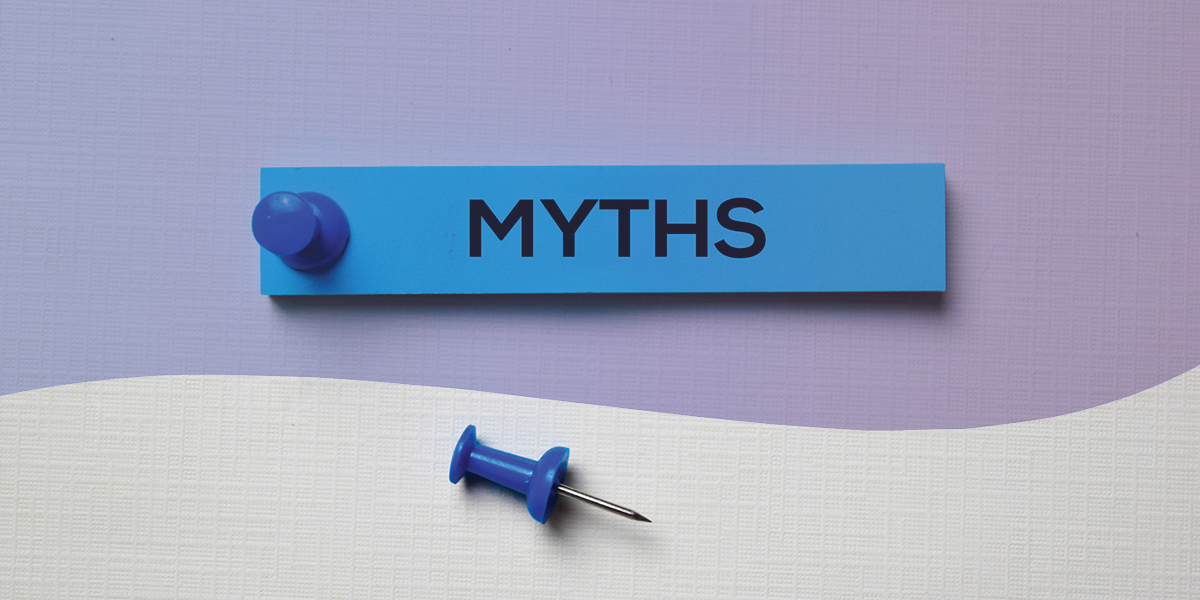 Do The Proctoring Myths Still Matter?